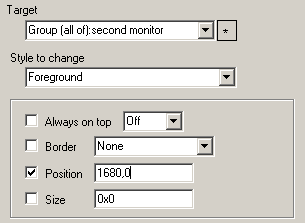 Each window has three styles, initially defined by a Window Layout 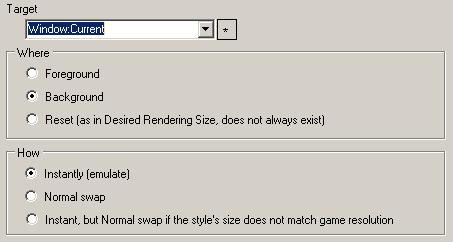 A Window State Action is used to change the state of one or more Target windows to one of the configured window styles. For example, this can be used to immediately move the current window into its deactivated position. 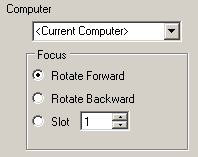 A Window Focus Action is used to focus (bring to the foreground) another window, either by specifying a particular window, or by rotating forward or backward.

A Window Zoom Action zooms or un-zooms a window

A Window Close Action will close a specific Target window, or set of Target windows. When used, the window(s) will be closed in the same manner as if the Windows operating system shortcut ALT+F4 had been used. When enabling the "Close window instantly killing the process" option the window(s) will be closed ("killed") as if you had opened the Task Manager, right-clicked on the running process, and selected "End Process."

Note: Some games may not save changes made to the user interface or other in-game settings during that session if a Window Close Action is used in place of properly exiting the game client through its built-in options.