ISBoxer includes a feature to detect CPU throttling, and warn that this may cause poor performance. CPU throttling is common on all computers these days, where maximum computational speed(GHz) of the CPU is necessary 100% of the time (computers spend most of their time doing nothing).
"Newer" CPU's also have a feature called C6 sleep. This became prevalent around Nehalem microarchitecture released in 2008. In Windows, the C6 state is known as Core Parking. Effectively this turns off a core until there is enough sustained demand to warrant re-activating the core. The Power management policy of client Windows (i.e. non-server SKU's), will aggressively try to "park" cores.

However, when you have several game windows open, it's time to let loose and give it as much as you can, so it's time to stop penny pinching and enable that power!. 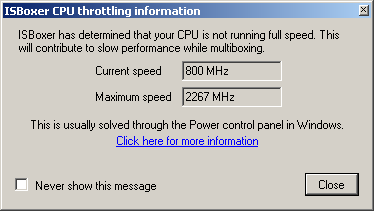 ISBoxer may show you this message. If it does, then you have throttling enabled.

Enabling the Settings for Core Parking

There are several methods to disabling core parking. As we are going to be in the Power profile, this is probably the easiest one to follow through on.

This feature is not normally able to be edited via the UI, so we will get it so you can. Download this file, open the zip, and double click the reg file to merge to to your registry.

If you like knowing these things, or want to make your own, the below are the contents.

Once merged you will get a new option in your Power profile settings. We will see it later!.

Open up the Power control panel in Windows. The images below are with Windows 7; your options will probably look similar, but probably not identical. 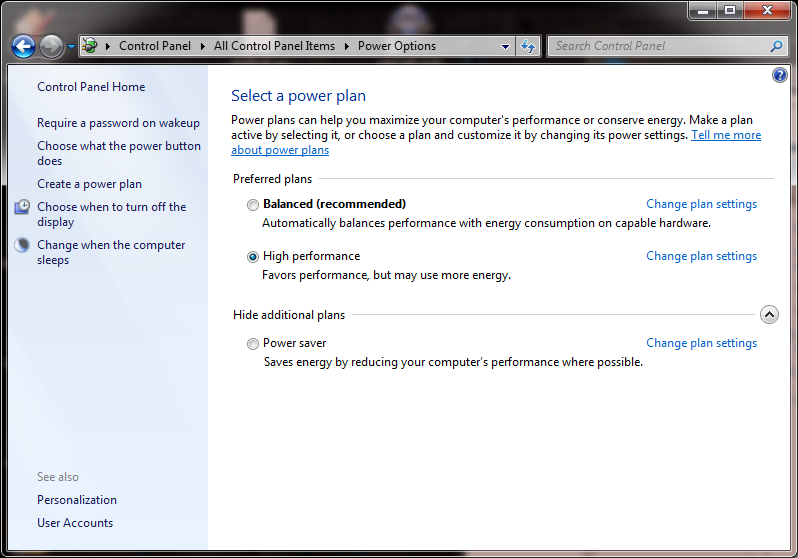 If your Power plan is set to one of the battery-saving options, you will need to change it to a performance option. Your power profiles will probably not look identical to the ones I have. After making sure you have a performance option selected, click on "Change plan settings". 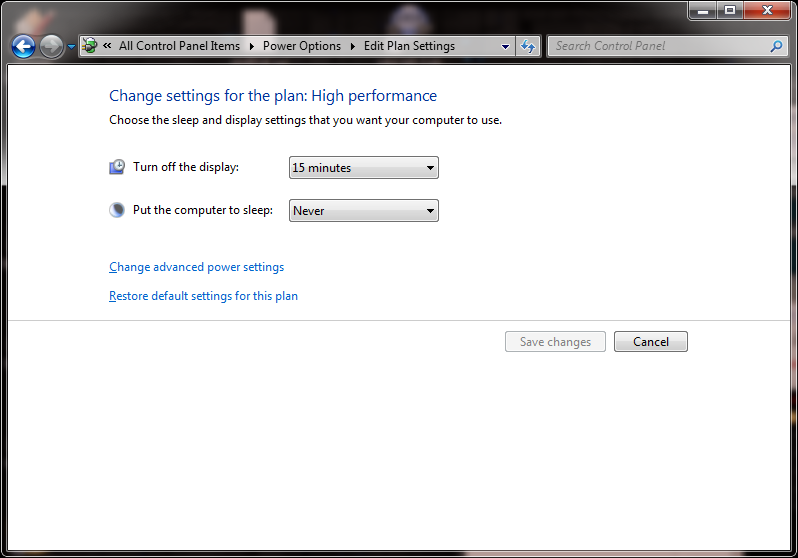 This page doesn't really matter, and the options on this page do not need to match mine; We're only here for the advanced settings. Click on "Change advanced power settings".
If you are using a laptop it may have a On Battery column and a Plugged In column. You should focus on Plugged In settings. It is unlikely you will be multiboxing on battery!. 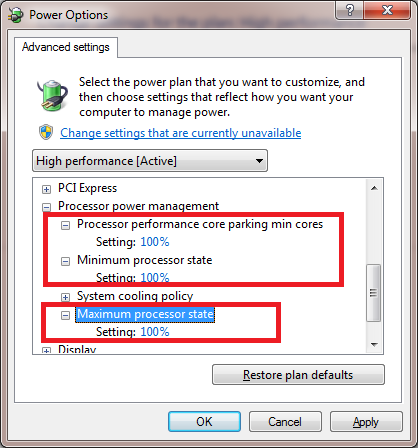 This is the important part. In the Advanced settings, scroll down until you find "Processor power management". Make sure the settings as highlighted in the red boxes are all set to 100%. If you do not see an option for Processor performance core parking min cores then you did not correctly merge in the registry file as noted above.

If the Processor Power Management item is not not there, or there is not a Minimum and Maximum processor state below it (similar to the picture), then your CPU either does not support throttling, or it cannot be configured through Windows -- setting the Power plan to a performance setting (as we did earlier) may be sufficient.